Did you miss BlizzCon 2021, with all the exciting news and updates? In that case, we can tell you that you missed out. Here are some of the biggest news and updates for Overwatch, Hearthstone and World of Warcraft.

Covid-19 could not stop Blizzard

If you are not familiar with this massive gaming event, BlizzCon is Blizzard’s yearly community convent that is held at Anaheim Convention Center in California – USA. There fans gather to celebrate milestones of the games, the company it self and the community. Blizzard also shares information about new games, projects, content updates and all kinds of product development that has been going on within Blizzards walls.

This year, due to the Covid-19 pandemic, the event was held online, and therefore, they called it BlizzConline™ this time.

2021 BlizzConline™  was really unique, not just because of the virtual setup, but because it was Blizzard’s 30th anniversary. The event was broadcasted live on the BlizzCon website, and it was completely free for anyone that wanted to watch it.

Blizzard divided the program for the event into six different live streams, where the viewer could choose which parts of the event to watch. You can watch the the main announcements and events from BlizzConline™ on Blizzard’s Youtbe channel.

Hearthstone – Forged in The Barrens

Blizzard announced the new Hearthstone expansion, Forged in the Barrens, which will be released during spring.

Some interesting news in the expansion, are the 135 new cards and a new card-character talent called “Frenzy”, which triggers when the character / card is attacked.

Overwatch 2 updates and a challenge

The team at Blizzard that is working on Overwatch 2, showed exciting things about the game, as sneak peeks of content that is upcoming at the release. Find out about new maps and PvP updates that will be very interesting for potential betting on Overwatch games in the future. They also revealed revamped hero looks, hero specific missions and the story that you will be able to follow in the game.

“Shock vs the World” – Challenge

San Francisco Shock, who have two Overwatch League championship titles, was challenged by a team of well-known names and great players in the Overwatch community, together with some surprise guests.

Do you wanna know how it all ended?

Yes, you read it, Blizzard will launch another set of WoW classic servers with Burning Crusade, which probably is the most popular expansion ever in the game.

This will make millions of people to rush back to World of Warcraft, to once again, experience the great Outland and the content that was such a success.

Imagine combining Rocket League with Overwatch, put Fortnite-looking characters in it, and then you add a bucket of adrenaline to it – Yes, that’s exactly what Destruction Allstars is about. The question is, could this be the next car game esports title?

Destruction Allstars is a free to play, explosive car game from Lucid Games. It’s exclusive for the new PS5 and it’s about causing maximum amounts of damage and destruction to other players. The game requires great timing, tactics and skills, which makes it a potential, new and unique title that could be the next esports hit.

Choose between a roster of 16 characters (AllStars), with different abilities, both on-foot and in their cars. Enter intense brawls and fight to become the Global Destruction Federation Champion. Cause immense damage with the cars or jump out to cause total mayhem through intense parkour action. Dodge attacks to make the cars crash, take over other player’s cars or use the character-specific abilities to disrupt cars and their attacks. 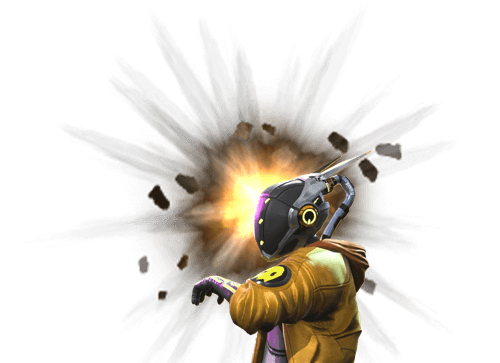 There are several competition modes featuring specific objectives, where you need to use the abilities of the cars and the characters, to make the maximum impact on the game. Enter 16-player online matches and play as a team or in Battle Royale mode. You can also join special events or practice to improve your skills in casual quick play games. Two of these games modes are free to play.

This mode is free for all and it’s meant to be the main mode of the game, where the players fight to reach the highest score. It’s all about mayhem, where you get points for dealing damage and knocking out your opponents. You get extra points on-foot, by dodging cars and taking over other player’s vehicles.

Stockpile is a team-based mode that is about to control points (banks) around the map. The players bring gears (item) to these points to take control of them. The first team to control all three points, or that holds most f the points when the timer runs out, wins the game. You need to wreck the opponent’s cars to gain gears and then bring them to any of the points.

This is the Battle Royale mode, alá Fortnite / PUBG, where the map gradually shrinks as the match goes on and the last player standing in each game wins. However, each player has more than one life. All players start with a number of respawns and more can be earned by knocking out opponents.

Carnado is another team-based game mode. Again, gears need to be collected by knocking out cars and dealing damage. The gears must be delivered to a tornado in the middle of the map and each gear contributes to the team score. Each player can accumulate 80 gears in their cars, but if a player is wrecked, the gears fall into the hands of the wrecking opponent. 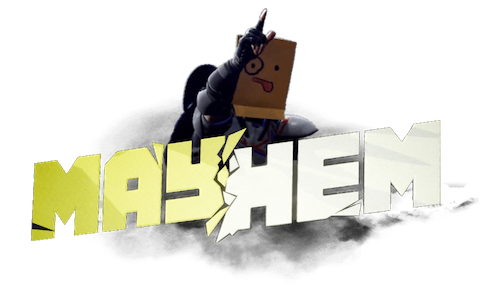 A genius creation from Lucid Games

Lucid Games are no rookies in the industry of computer- and console games. In fact, they have been working together with companies like EA – Electronic Arts, Ghost Games and Rockstar Games. They have been part of developing massive game titles, like Star Wars Jedi: Fallen Order, Apex Legends and Need for Speed Payback. So far, they have two game titles of their own, Destruction Allstars and Switchblade, which is also a strategic arena-based game, with armed vehicles.

Their passion for games clearly drives Lucid Games and they have created a great environment for their 150 people that does the magic. In fact, they have won several awards for the “Best place to work”. Passion, happiness and drive, create wonders, like Destruction Allstars.

The idea of Destruction Allstars

We all know that games like Rocket League, Overwatch and Fortnite, are not just popular esports games, they are very successful games overall. It’s obvious that Lucid Games have tried to combine successful aspects from all these games, into one single game. You have the cool cars and the arenas, like Rocket League. You get different characters and abilities in team-based modes, like Overwatch, the Battle Royal mode and character designs that remind you a lot of Fortnite.

I think that this game is genius, not just for esports, but for a gaming audience in general.

Destruction Allstars as an esports game

In my opinion, it would probably be the team-based modes that could hit as esports events. Stockpile and Gridfall is probably a bit too messy and hard to follow for an audience since too much would be going on at the same time all over the arena.

The Youtube game reviewer, Hollow, with more than 3,6 million subscribers made a review of the game, and his comment is:

Whether or not Destruction Allstars will be the next big esports hit, is hard to say right now. But one thing that could make the game struggle with attracting a lot of players, is that there are no official plans to launch the game for PC. PS5 is obviously a huge platform that the whole world is going mad about, and it’s a very smart move to launch the game this early of the release of the console.

I guess we will have to wait and see, but personally, I think it could be great fun to watch skilled players battle in this kind of game. I love Rocket League, and i play it often, but Destruction Allstars takes the car arena category to the next level. 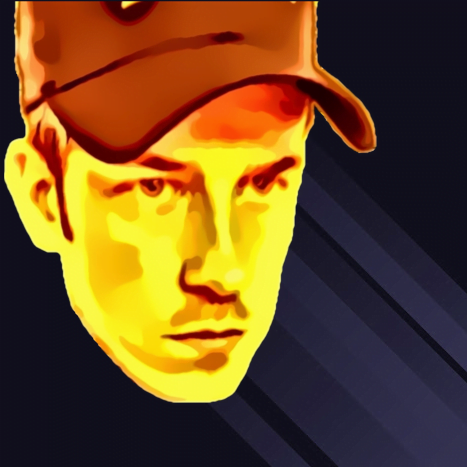 Jarhead is the founder of Eportsbetting.gg and works as a marketing specialist within iGaming. This guy grew up with gaming and experienced the very first hits on iconic SEGA, Nintendo NES, Commodore 64/128, Atari, Amiga 500 and gaming on his very first PC - a 286 beast where he ruled in Ultima V. Jarhead's favourite games and skills are in Overwatch, Rocket League and Hearthstone. 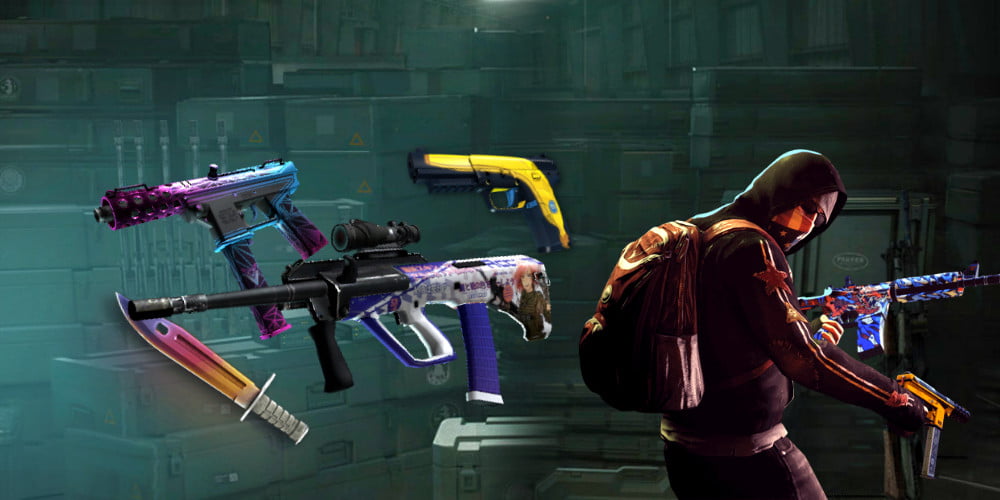 How To Win More CSGO Skins

The Favourites to Win the Esports Events This Fall 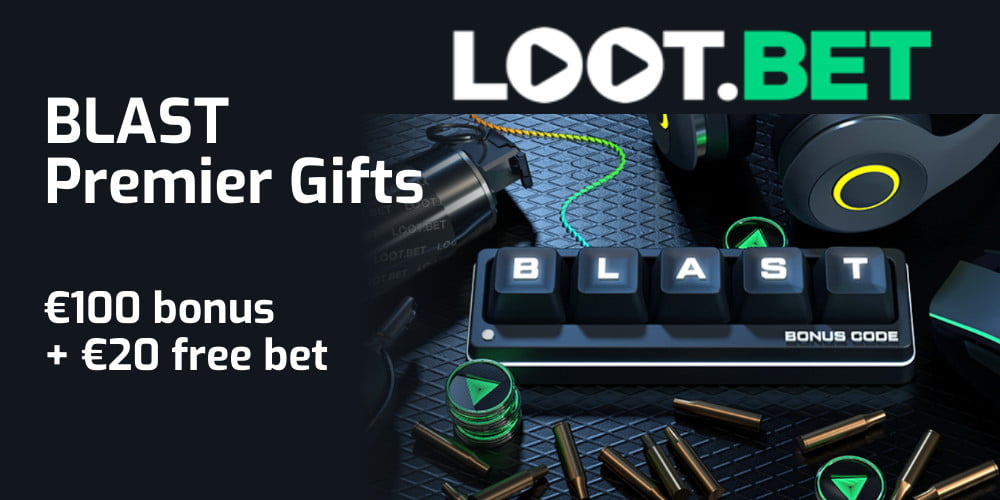 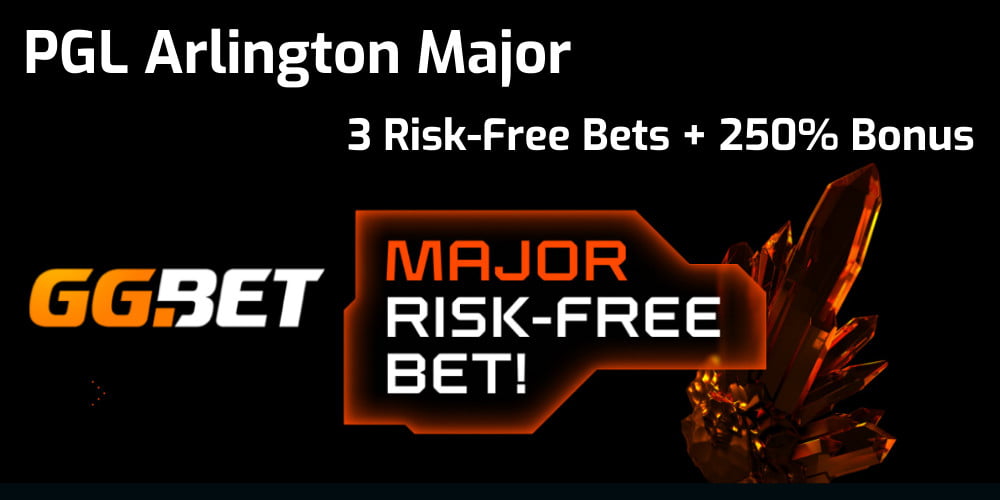 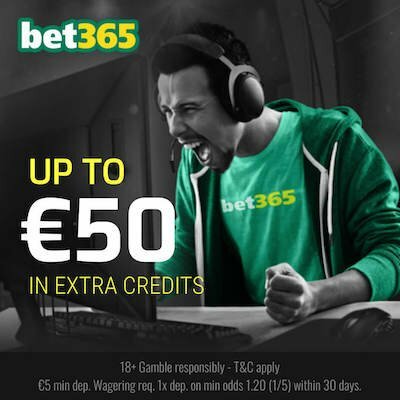